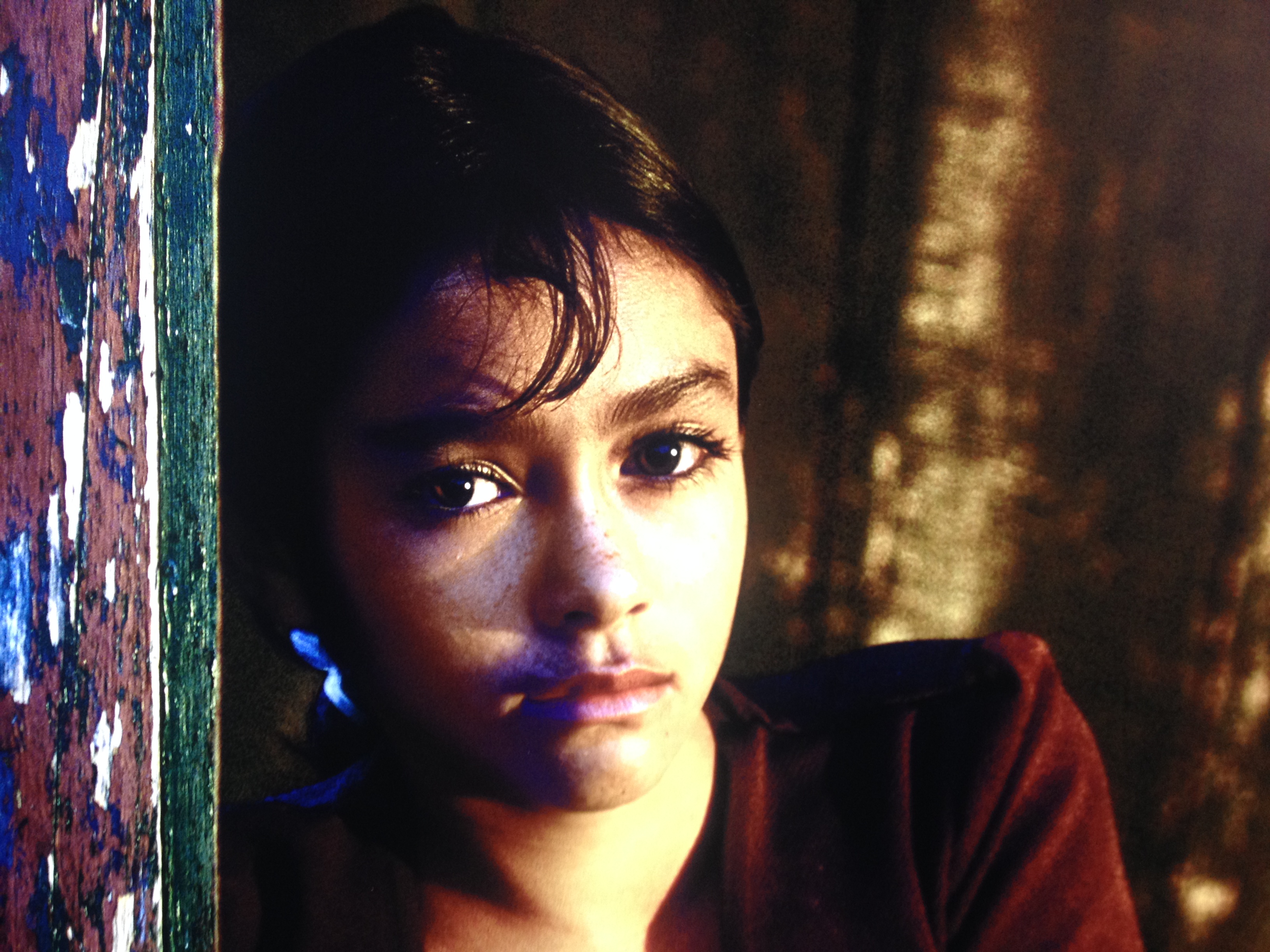 When we talk about Steve McCurry in Venice, what are we talking about?

Steve McCurry made his name in the 80s with the iconic Afghan Girl. One of the most recognisable photos in 20th century, Afghan Girl as a photographic portrait has achieved a memorable status equivalent to Vermeer’s Girl with Pearl Earring within the portrait genre.

From September 23-November 8, Steve McCurry is collaborating with Lavazza, the Italian coffee company, to show 62 of his photos in Venice in the exhibition titled “From these hands: A Journey Along The Coffee Trail”. McCurry shot these works during his 30-year-travel, in 12 places where coffee is produced: Brazil, Burma, Colombia, Ethiopia, Honduras, India, Indonesia, Peru, Sri Lanka, Tanzania, Vietnam, and Yemen.

According to Susan Songtag’s On Photography, “The painter constructs, the photographer discloses.” What McCurry discloses in this exhibition is the communities behind the coffee industry. He continues his humanistic approach, promoting “sustainability and improvements in communities and places around the world where coffee beans are grown and harvested.” (For more details, please visit My Art Guides.)

When coffee becomes the daily necessities in our lives, McCurry would like remind us the effort paid behind coffee beans through his camera:

How have these coffee farmers lived?

His curiosity drove him to explore and document these photos that are showing in the exhibition.

“The world is starting to look like one big airport — all this aluminium and steel, it all starts to look the same. The way traditional cultures dress, their architecture, the food, the music. These are wonderful things that needs to be documented and remembered. It would be a pity to lose that history, that heritage.”

Thanks to him, we could see the special and distinct communities that have brought us our cup of coffee. 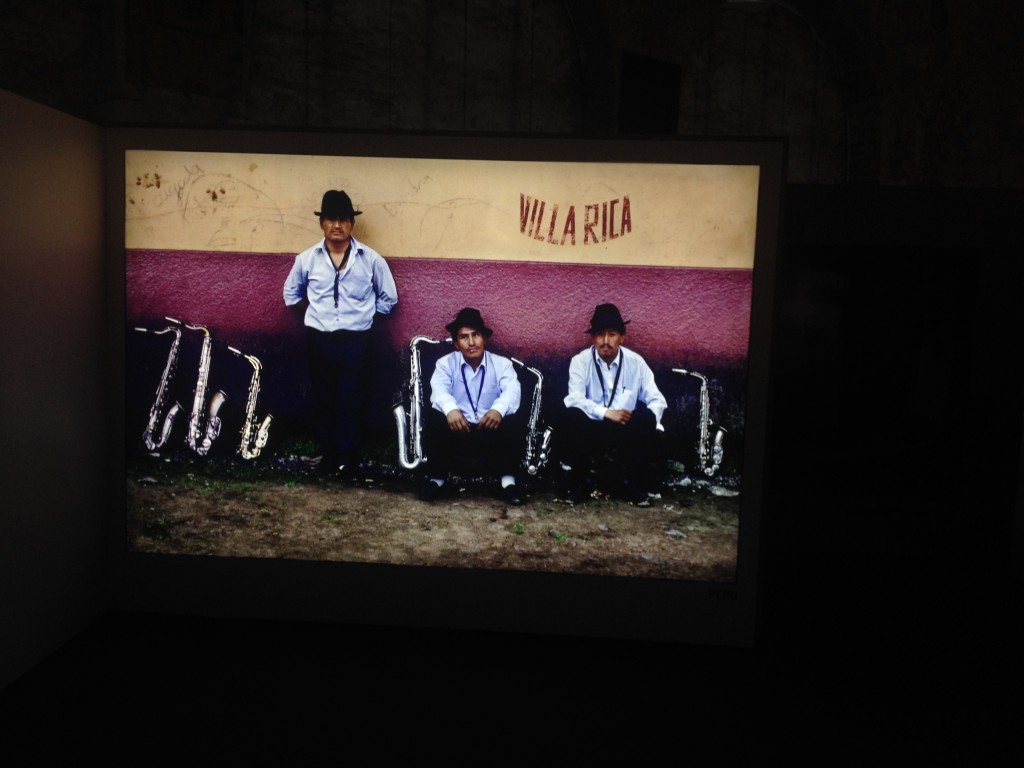 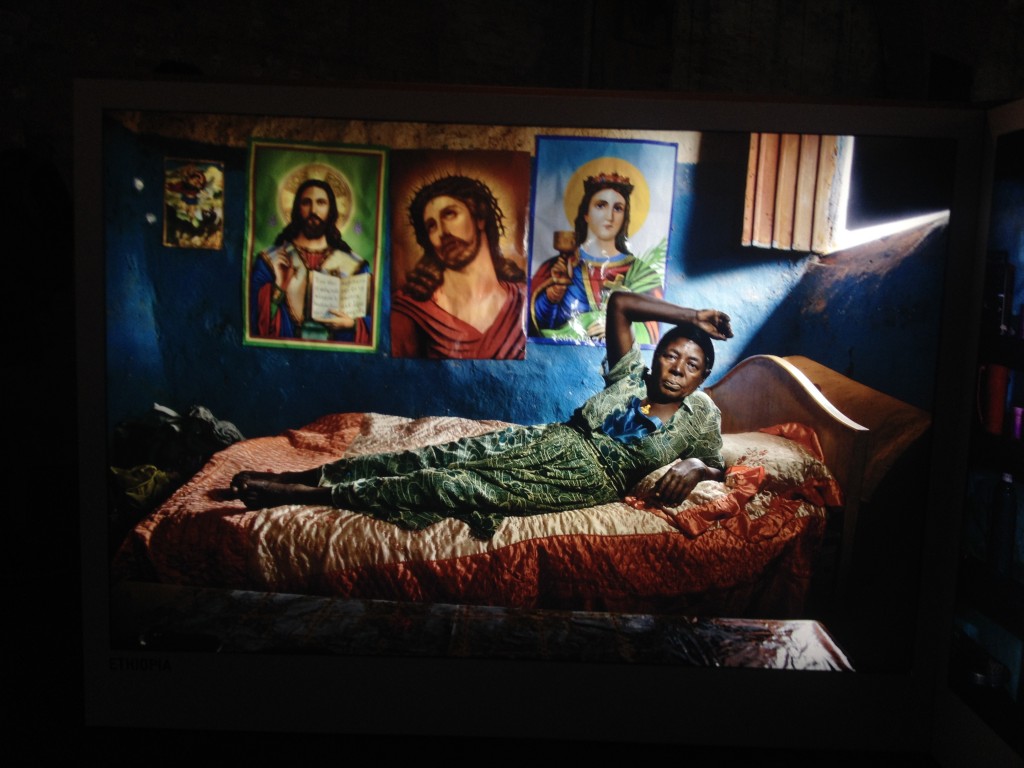 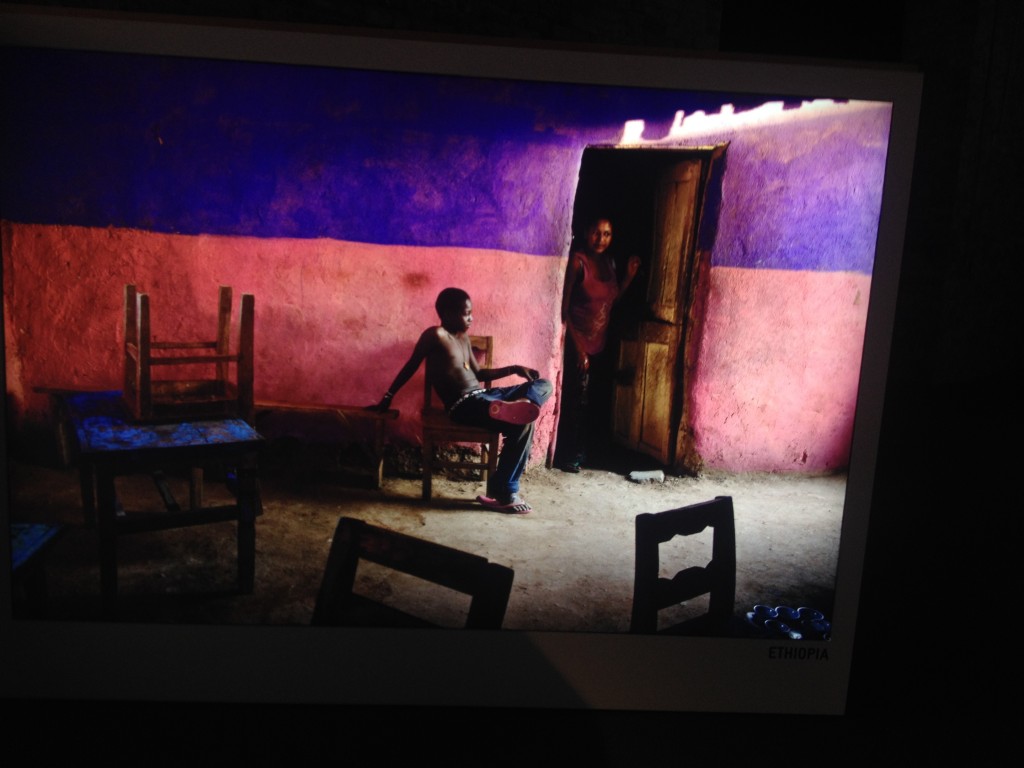 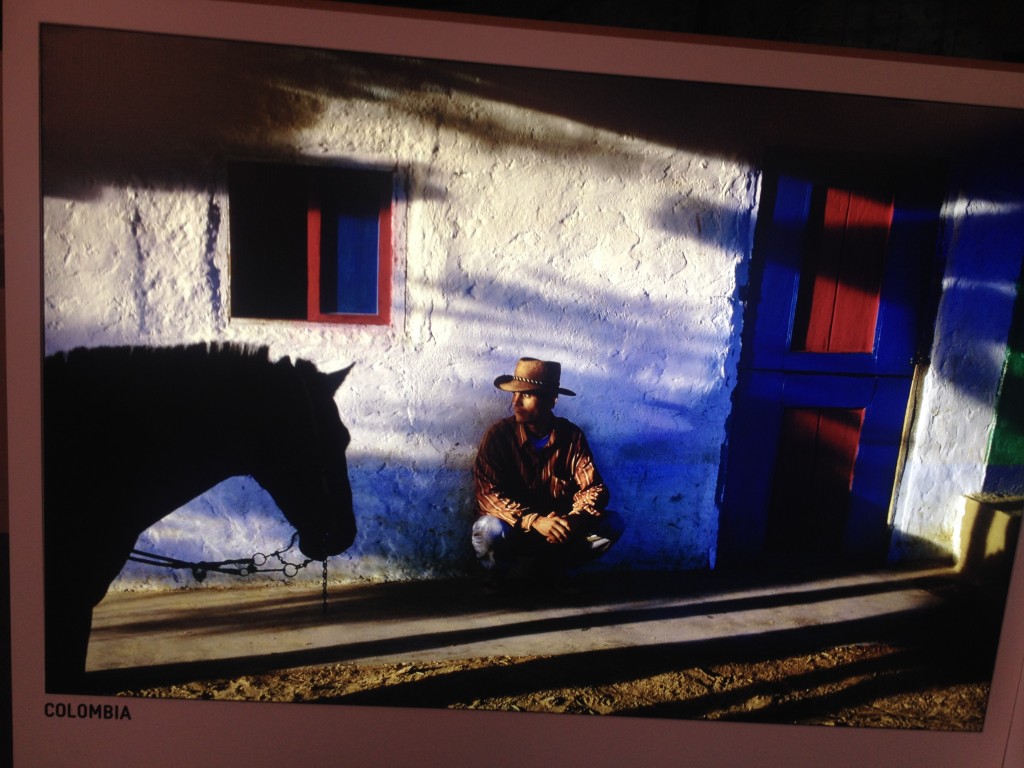 Despite partnership with a coffee company, one would not doubt the motives of this exhibition once you look at those impressive photos. It is quite impossible to be remain apathetic by McCurry’s portraits, with his distinctive story-telling sensitivity, captured through incredible consideration in composition.

As Steve McCurry writes on his blog:

Portraits reveal a desire for human connection;  a desire so strong that people who know they will never see me again open themselves to the camera, all in the hope that at the other end  someone will be watching, someone who will laugh or suffer with them.

The stronger the desire you want to be connected with one another, the more powerful the image will be. Look at those eyes! 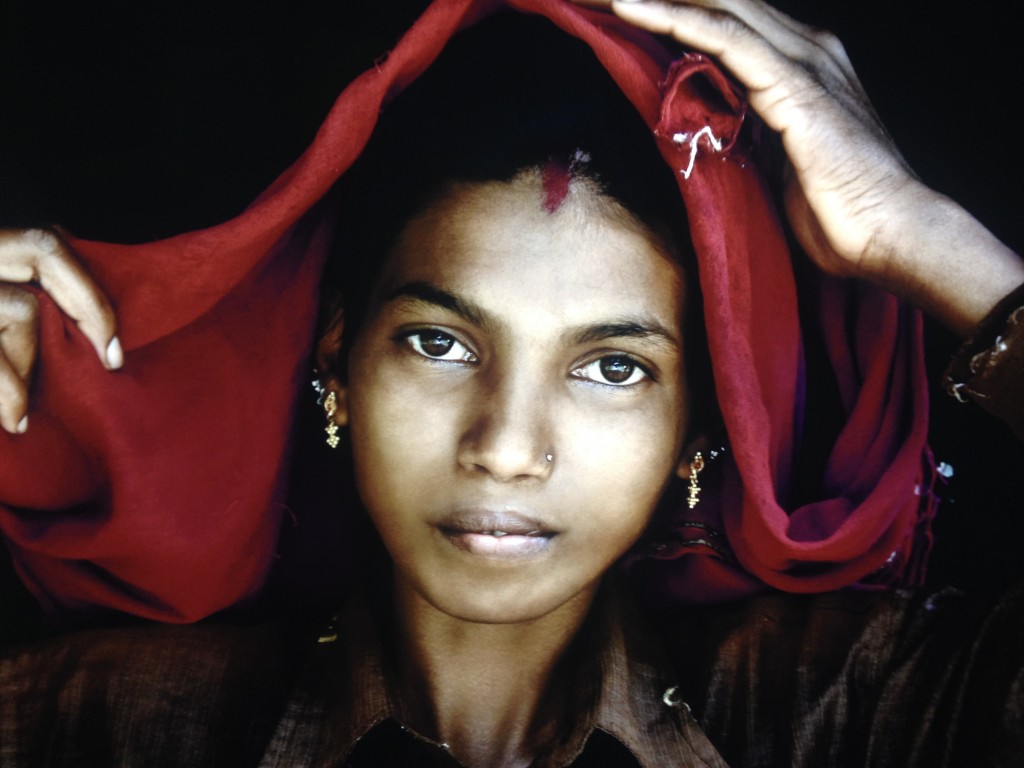 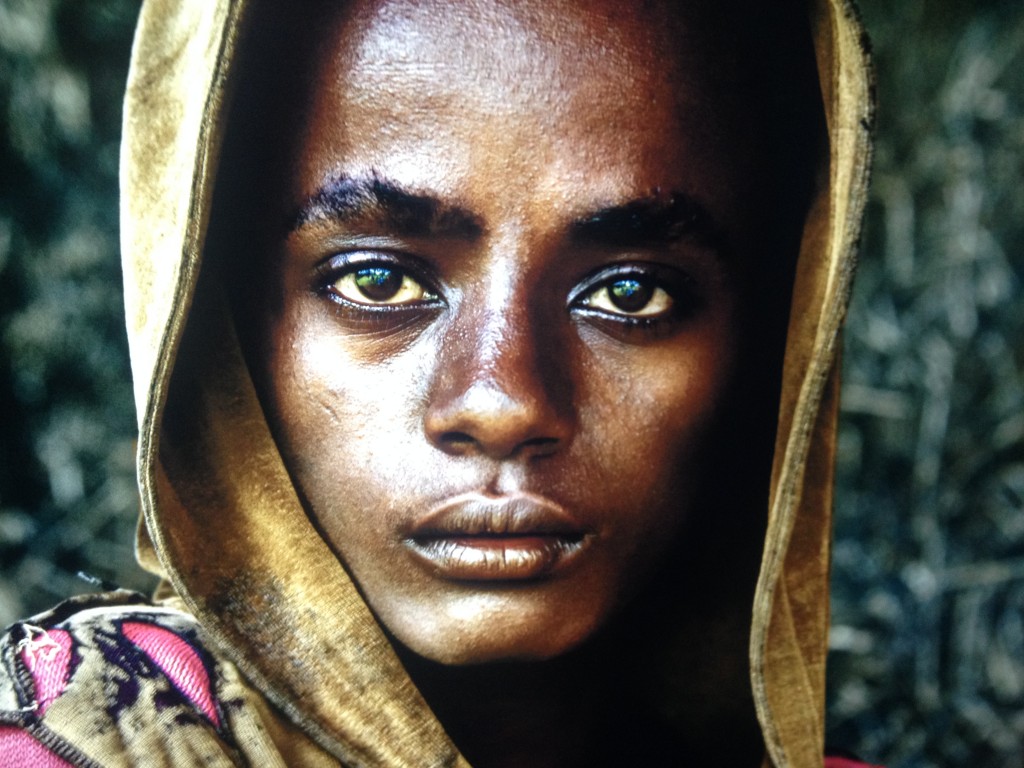 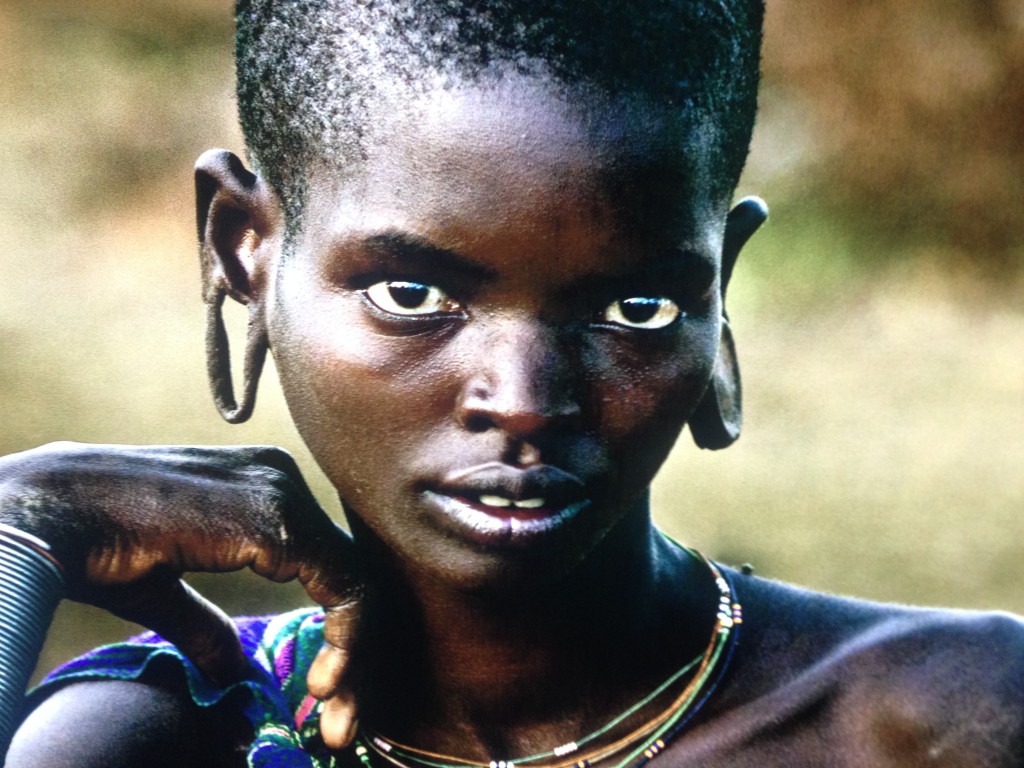 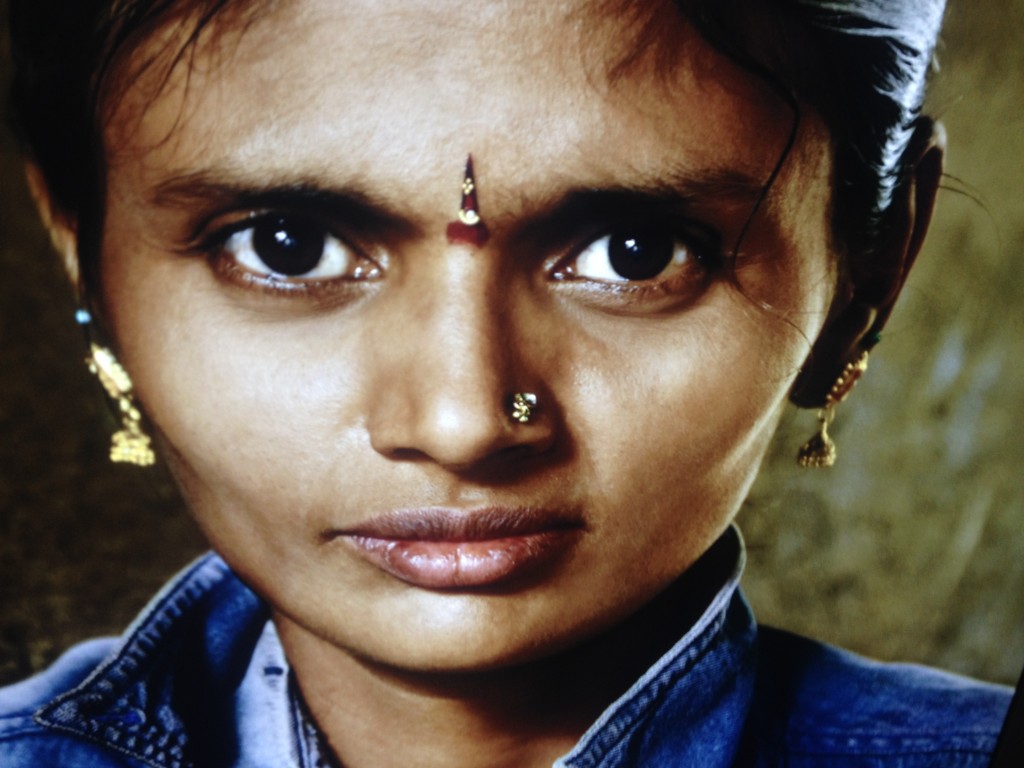 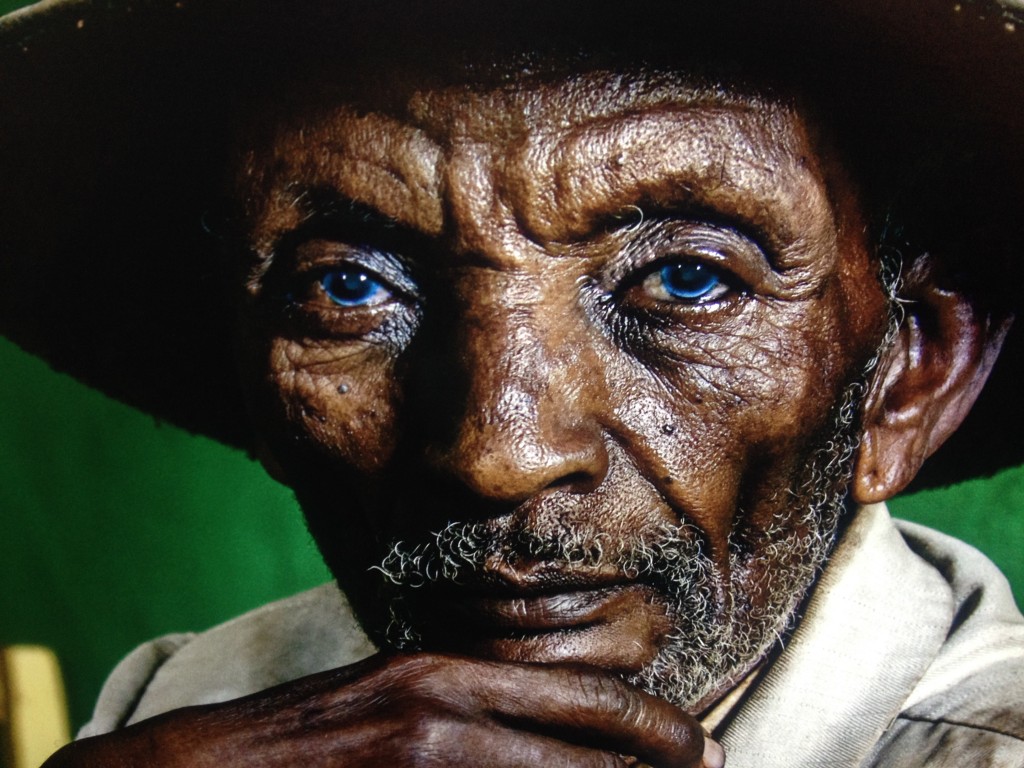 What McCurry has captured in his photos also reveal something personal – his philosophies, his aesthetic sense, his desires… to read one’s photos is like reading one’s mind. In other words, they are projecting his thoughts about this world. And I believe these photos mirror McCurry’s personalities, too.

He also understands portraits as a mirror of certain human conditions:

We usually see parts of ourselves in others, so the good portrait should also say something about the human condition.

He always wants his subjects to be directly looking into his lens, showing something about endurance, courage, confidence and a strong will to live. People in his photos embody such strength as if and nothing in the universe can beat them down. When you look into those eyes, you feel like you are as tough as they are!

I am really curious of how McCurry communicate with his photographed subjects, and make them comfortable in front of the camera and a stranger, to the degree that such strong personalities is shown. What did he say to them? What did he do?

Maybe a smile and kindness are the keys to enter one’s heart, which is universal. It is not only about the technique or the equipment, but the photographer’s perspective and belief that frame perfect photo. Some talk of the magical combination of synchronicity – in this case, I’d think it is a combination between skills and instinct. To capture the perfect moment, as what McCurry believes, one have to roll with the flow and stay alert to the world around you.

*Steve McCurry’s exhibition in Venice is now over, yet there is another exhibition titled  “Steve McCurry – Icons and women” is currently taking place in Musei San Domenico, Villa Reale di Monza, Italy.

Hello, everyone! I am Sophia. Yet the only thing I know about sophia is I know nothing about sophia. What I am devoting my efforts to is to know thyself.

Nice to meet you all:)